ANIMA in a blue box

As part of developing a reference design of the ANIMA protocols, and validating the design, a platform was developed to run ANIMA.

The mark I case contains an Orange PI Zero, plus two additional ethernet interfaces connected via USB. With three network interfaces interesting ACP topologies can be built and tested: 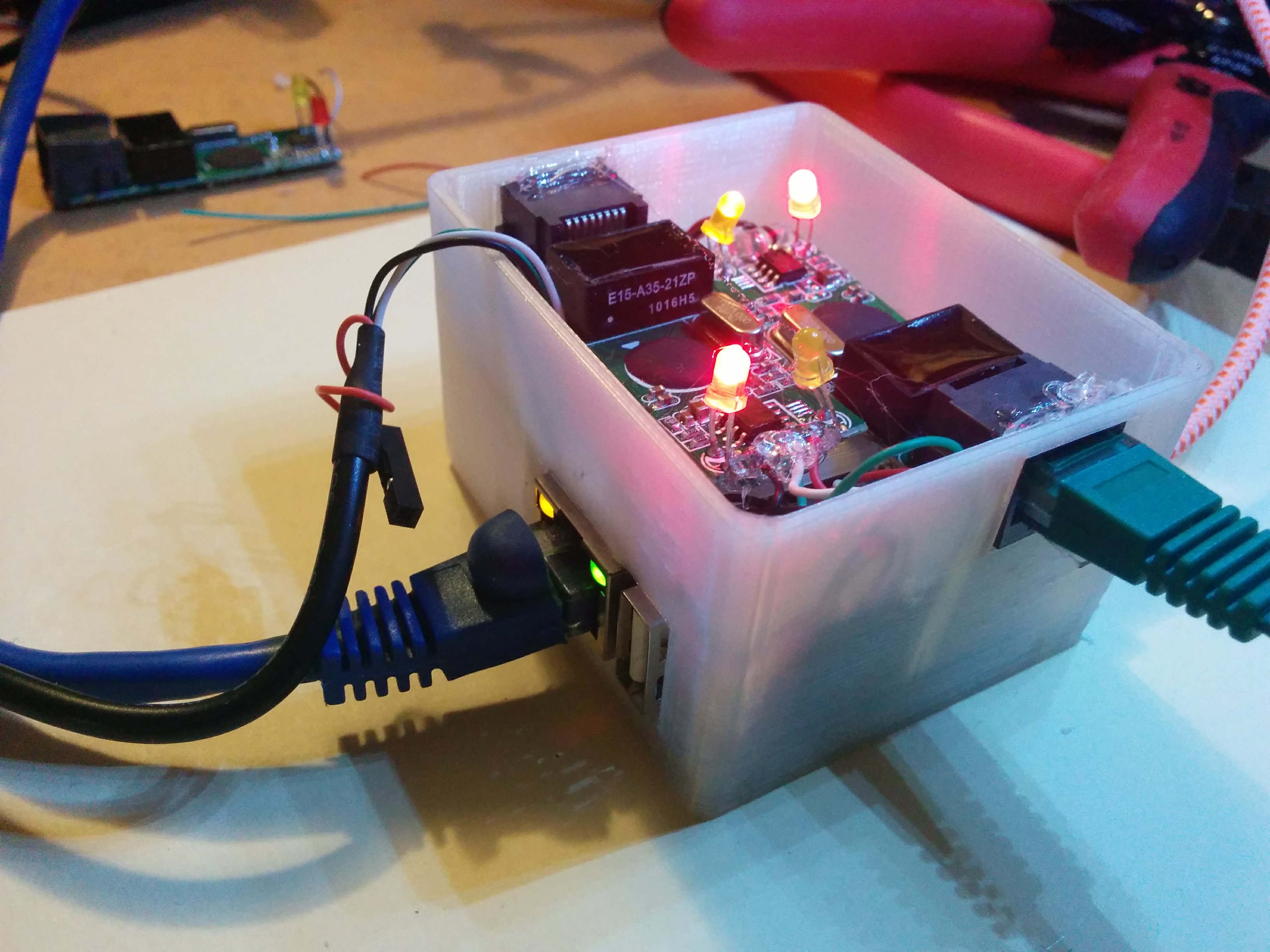 The mark II case adds a serial port to the design making it capable of doing Out-Of-Band management of router devices. This is still a prototype, the plan is to spin a board and produce a slightly smaller case:

A target design would be smaller, and would reduce heat dissipation. An additional goal is to include one or more TTL outputs that could be interfaced to something like the power-switch Tail

The devices are currently powered by USB, and do not require as much power as typical RPI designs. They are easily powered from available USB ports, but if a management goal is to be able to power cycle systems, then causing the management system to go off as well would be bad.

A stretch goal is therefore to be able to draw power from industry standard PoE, while also passing PoE power downstream to the next Hermes device in the daisy chain. That goal is ambitious.